When, at 18 years old, I landed in Australia, all fresh faced and ready for my life-changing travels around the world’s biggest island*, I took a deep breath, fainted from the heat, collected myself and thought “Yes. Here I am, on the land of Kylie”. I soon learnt, at this time in history, Australians didn’t hold the same affection that us Brits held for our Kylie. From the moment, in Neighbours when she broke into a window at Madge’s gaff, in attire that would make people collectively think “ah she must be a tomboy” to the “are they/aren’t they” relationship with Jason Donovan (I remember a “friend” telling me they definitely were “doing it” and I almost cried). To her prancing about joyfully in cutesy outfits singing about how lucky she was or how somebody should put their hand on their heart (which sounds quite dangerous and kinda gross to me), to her burgeoning pop career that went from strength to strength, where with each passing year instead of seeming to age she just became hotter, where she became a gay icon and where with no arguments she was crowned the Princess of Pop. I loved her when I was 10 years old, in those terrible days when Neighbours was only on at lunchtimes (thank God for pulling sickies from school) and I love her now where – bless our gracious princess of pop- she is still going strong.

I was inspired to do my top ten Kylie tunes after I read the Guardian’s, where they’d got it all wrong, so I thought I’d rectify that. Also, I just wanted to mention, if you’re a fan of our Kylie (which I assume you are if you’re reading this) then please check out Steve at Talk About Pop Music‘s post on his 30 year journey with Kylie here. It’s wonderful and he clearly has good taste.

Album: Let’s Get To It 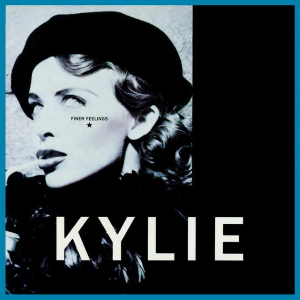 This is one of Kylie’s most underrated songs in my opinion, a forgotten or hidden gem. It came from the album that also gave us Word is Out and it was in the video for this song that Davina MacColl was her backing dancer, fact fans.

9. Where the Wild Roses Grow 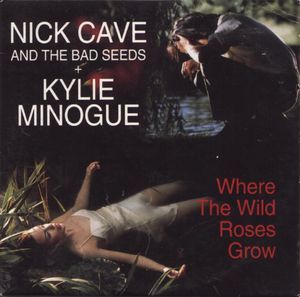 Back in 2002, I was lucky (lucky, lucky) enough to see our Kylie in concert at Sheffield Arena. She was as, you’d expect, awesome. However, in the middle of the concert there was a technical fault, which left tiny Kylie standing in the middle of a huge stage, with only the microphone in her hand working. So being the consummate professional that she is, she said she’d sing one song acapella whilst the problem was being fixed. She asked for suggestions and one guy shouted out for Where the Wild Roses Grow. “Okay” she said, like it was no big deal and promptly sang it to us (she didn’t put on a Nick Cave voice for his lines, though that may have added comedy value if she had). In conclusion, she sounded amazing. She’s never received much credit for her singing voice, but this impromptu rendition put pay to any Kylie cynics out there.

8. Better the Devil You Know

Taken from her third album, we see her moving slightly away from cheesy pop, into pure pop (yeah I’m just making these terms up as I go along). A firm favourite among both loyal and casual fans.

Ooh, this was clever. Just as the title of this song states, one equally cannot get this track out of one’s head. Some might say this is her most credible period (though for me that would be ’94/’95), written by Cathy Dennis (anyone else remember Too Many Walls?), it went to No.1 in 40 countries (including every single country in Europe bar Finland. WHAT’S UP WITH THAT, FINLAND?!). It’s the 75th best selling single of all time in the UK and her most commercially successful single in the US. Nice one Kylie.

6. Your Disco Needs You 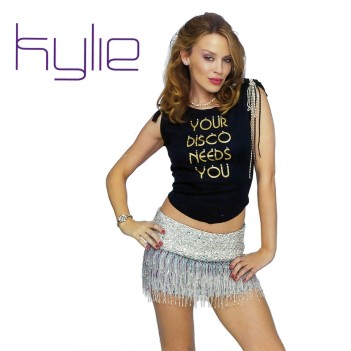 Technically, the least successful chart position of my selected Kylie tracks, but it was never formally released as a single in the UK, so the sales were based on import sales. This is Kylie at her most gloriously camp and I bloody love it. I dare you to listen to it, without feeling even slightly cheered. Also, if Kylie had entered this into the Eurovision Song Contest (don’t get me started on Australia being in the contest. Let’s just assume she’d represent the UK), it would have won by a mile.

5. Some Kind of Bliss

Kylie wrote this song with the Manic Street Preachers, well James Dean Bradfield and Sean Moore anyway. This song and album was deemed the “indie era” for Kylie and it always surprises me how many people don’t remember it. It’s a fun, little guitar pop tune, where you can hear the influence of the Manics.

Best duet ever. Don’t bother arguing with me. My view on this won’t shift. Oh Jason. How I loved thee. With your blond hair, blue eyes and Aussie charm, I pored over pictures of you, imagining what it would be like to be your girlfriend (evidently snorting shed loads of cocaine would have been involved, so not quite what 13 year old me would’ve imagined). Anyway, as much I hate to admit it, you and our Kylie were perfect together. I mean, look at them here:

Adorbs. And yes, Jason, in case, you’re wondering, you’d still get it.

Here’s the back cover of the single (which I bought with my pocket money), it represented the B-side, which was the equally brilliant All I Wanna Do is Make You Mine.

*Sigh* that was all I really wanted to do with Jason too. Anyway, Stock, Aiken and Waterman (SAW)  really hit the jackpot with this song. They knew exactly what they were doing as it is their best selling single to date.

“now we’re back together, toge-e-ether, I wanna show-o-o you, my love is OH SO TRUUUUEEE and all the love I have is Especially for You“.

3. Step Back in Time 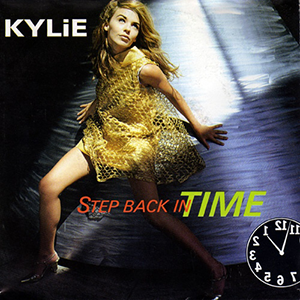 Now we move on to groovy 70s chick Kylie. What a tune, from the brilliant Rhythm of Love album (that album just chucked out superb pop tune after superb pop tune). Much like, no.6 on my list, this tune never fails to cheer me or get me dancing.

The original, the (almost) best, pure 100% perfectly cheesy Kylie pop. This is the flawless pop song that introduced the world to Kylie Minogue as a pop star. There is nothing wrong with it. Some may say it has dated. A lot. I think those people have pitiful taste. This song in its own right is as iconic as our Kylie is.

And as I know how much we all love the fantastically 80s video, here it is for you all:

Oh yes, my very favourite Kylie song is this atmospheric, sultry pop song that was released way back in 1994. I think it is her most underrated song to date, even though it got to a very respectable no.2 in the charts. It’s such a strong track and has been lauded increasingly by critics in more recent times. I also think this track compliments our Kylie’s vocals fantastically.

The one that didn’t quite make it: 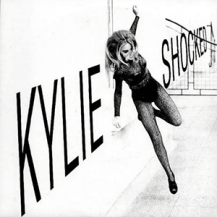 Here’s a Spotify playlist of all these Kylie tunes. I’ve added the Abbey Road Sessions version of the glorious I Should Be So Lucky for you too.

Which is your favourite Kylie song?

*Geography pedants can do one. It’s an island. End of.